PSYCHOTHERAPY, COUNSELLING THERAPY
As we explore your unique and individual story together, we begin to uncover layers and obstacles that have held you back from living out of your Authentic and True Self. We peel back the layers of family history, past trauma and abuse to reveal dysfunctional coping strategies, unhelpful patterns, as well as blocking beliefs to the truth. 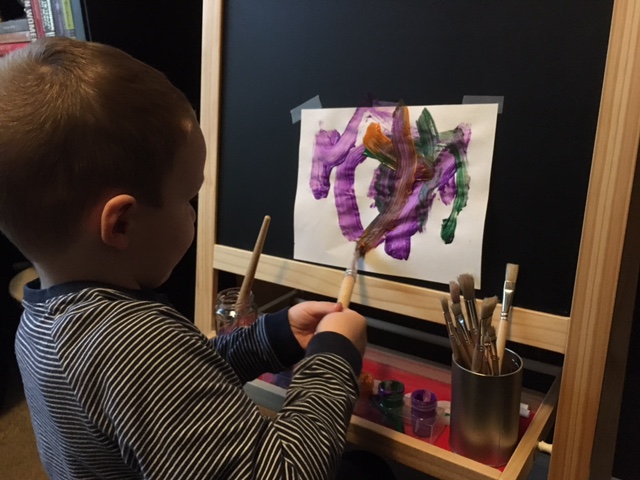 CPRT - CHILD PARENT RELATIONSHIP THERAPY
Developed by Dr. Garry Landreth of the University of Texas, Child Parent Relationship Therapy, or CPRT, is a Specific Play Therapy that beautifully connects Child to Parent. By providing instructions and practice for a Non-Directive type of Play, CPRT fosters closeness, attunement, playfulness, secure attachment, empathic understanding, and an increase in responsiveness to your child's needs.

A simple play technique, CPRT can be learned in one session but offers great dividends. One of the biggest payoffs of CPRT is that it helps your child begin to regulate his/her own emotions and behaviours. This emotional regulation, coupled with emotion identification and identifying healthy emotional expression, gives your child emotional tools that will help to support them into adulthood.

EMDR - EYE MOVEMENT DESENSITIZATION REPROCESSING
Developed by Dr. Francine Shapiro by 1989, EMDR, or Eye Movement Desensitization Reprocessing, is a successful psychotherapy protocol that relieves chronic distress for victims of trauma. EMDR is currently, the most researched treatment for PTSD (Post Traumatic Stress Disorder). This is good news for many of us who struggle with troubling and/or reoccurring symptoms such as negative beliefs, anxiety, anger, guilt, flashbacks, panic, and sleep disturbances that are often a result of trauma.

Trauma is often connected to a disturbing event in one’s life that can get locked in the nervous system. Many people have experienced trauma, either as a child or adult. Trauma comes in two types, big and little. Big Traumas are those major horrific events in our lives, such as rape, combat, or the loss of a loved one. Little Traumas are those chronic, everyday horrors that negatively impact us. An example of this is a young child's negative message that leads him/her to believe he's not good enough, often resulting in anger and frustration towards others and/or oneself.

Often those early negative childhood messages get planted into our brain, continuing to grow as we age. EMDR Therapy sets the stage for our brain to process this trauma. EMDR does this by using bilateral stimulation to the left and right hemispheres of our brain. The Bilateral Movement is similar to R.E.M., or Rapid Eye Movements, of the eyes when one sleeps. 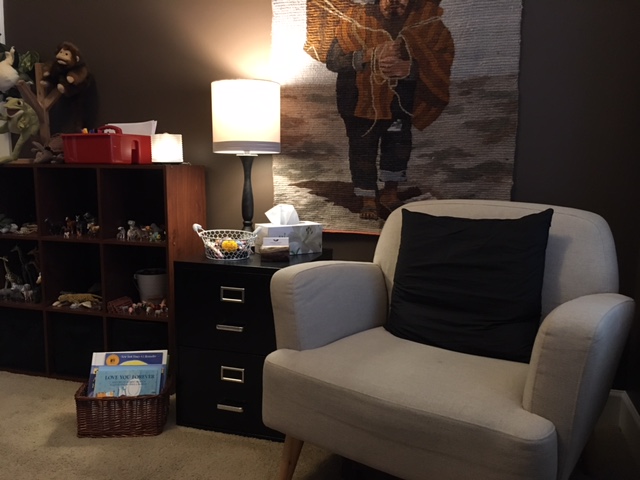 IMBALANCES OF POWER IN RELATIONSHIPS: ABUSE PROTOCOL & TREATMENT THERAPY
While some recognize the misuse of power, or abuse, as a negative influence in our lives and society, many don't understand that there is a specific protocol for those experiencing being ‘powered-over’, as well as for those misusing their power. Without this specific abuse protocol, abuse continues unchecked, and, those challenged with misusing their power continue unchanged.

Abuse is any continual series of actions, words, or innuendoes that devalue the humanity of another person through power and control. A person who struggles with this behaviour participates in stressing the 'de-humanity' of another by systematically convincing them they have no value.

ABUSE is a PARTICULAR MINDSET EXPRESSED THROUGH BEHAVIOURS. Most people who misuse their power are not mentally insane and do not lose control. By depersonalizing their partner, the one who misuses their power protects themselves from the natural human emotions of guilt and shame, so they can sleep at night with a clear conscience. This emotional distancing grows over time to a point where they no-longer feel guilt over degrading or threatening their partner.

Dehumanization becomes a CAGE for the partner; the longer the abuse, the stronger the bars of the cage. The bars of the cage of dehumanization are shame & blame, self-doubt, unreality and confusion, distance from community or isolation, as well as a lack of power and control. Sheer will-power is often not enough for a victim to get out of the cage, as they experience intense feelings of disconnection.

Unable to accept responsibility for their own actions, the one who misuses power practices pushing blame on to others, especially their intimate partner. When an abuser blames, what they are describing are their own behaviours, yet they attribute them to their partner, so that they believe themselves to be the victim.

"The whole point of the abuse, whether the person is conscious of this fact or not, is to take control and power away from another person so they [the one who misuses their power] will feel safe." Excerpts taken from "Why Does He Do That: Inside the minds of angry and controlling men" ...By
Dr. Lundy Bancroft


SUPPORTING THE ONE WHO MISUSES HIS POWER
Steps to positive, transformational, and long-term change are specific. Often anger-management is prescribed, yet this only perpetuates the FALSEHOOD that one cannot control oneself. Anger-management controls and modifies behaviour to a degree, but does NOT deal with the unhealthy belief system, nor does it demand abusive behaviour accountability.

Steps to change include: 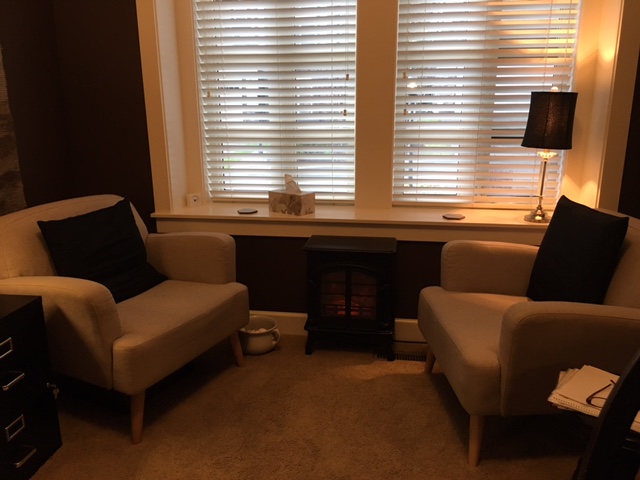 SUPPORTING THE VICTIM
Healing comes with justice-making. Steps to change for those who struggle in relationship with one who misuses their power are specific. The last thing a victim of abuse needs is someone stepping in, taking control over their lives and telling them what to do. This is usually what they have been experiencing from their abuser.

Victims need to be BELIEVED, not minimized or asked what they did to deserve the abuse. Victims need close care and support. They need to learn how to trust their own intuition again, and make their own choices. The victim needs to be enabled to see their own VALUE, and EMPOWERED with control over their own lives. Abuse, whether it is physical, emotional, psychological, spiritual, financial, social, cultural, intellectual, verbal, sexual, etc., always leads to dehumanization.

Yet the good news is...THERE IS A BETTER WAY! We can redeem the dehumanization of abuse. Self-Revelation helps combat shame and blame. Self-concept and self-trust combats self-doubt. Truth combats confusion and unreality. Connection and trust combats distance from community. Empowerment combats lack of power and control. It is Sherinne's aim to accurately empower and equip those struggling with abuse, enabling them to THRIVE, rather than survive.

"Just because it's normal, doesn't mean it's healthy" - Sherinne Cropley

Lundy Bancroft’s Crucial, Myth of Neutrality (p 287, Why Does He…)

“It is not possible to be truly balanced in one’s views of an abuser and an abused woman. As Dr Judith Herman explains eloquently in her master-work Trauma and Recovery, “neutrality” actually serves the interests of the perpetrator much more than those of the victim and so is not neutral. Although an abuser prefers to have you wholeheartedly on his side, he will settle contentedly for your decision to take a middle stance. To him, that means you see the couple’s problems as partly her fault and partly his fault, which means it isn’t abuse.

In reality, to remain neutral is to collude with the abusive man, whether or not that is your goal. If you are aware of chronic or severe mistreatment and do not speak out against it, your silence communicates implicitly that you see nothing unacceptable taking place. Abusers interpret silence as approval, or at least as forgiveness. To abused women, meanwhile, the silence means that no one will help – just what her partner wants her to believe. Anyone who chooses to quietly look the other way therefore unwittingly becomes the abuser’s ally.”

*If you are experiencing the misuse of power by someone in your life, please seek out professional, abuse-informed counselling. 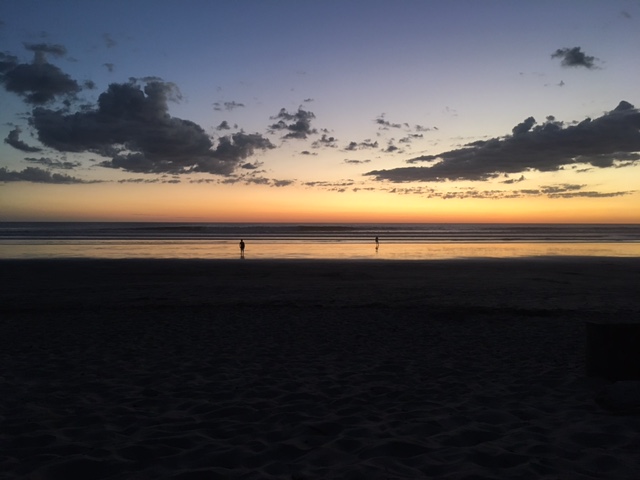